Daniel is finds manager on site, supervisor of the Danish sub-team and research assistant (see “Post-Excavation Team”). He was born in Horsens, Denmark, and undertook his academic studies at the University of Aarhus. He finished his Masters degree in January 2014. During his Masters studies he participated in the Humboldt-Ostia-Forumproject (HOF) 2011-2014, where he was an intern in the autumn of 2012. He continues to work for the Ostia-Forum-Project (OFP). His most significant contribution to the project so far is the typology of and work on Ostian marble roof tiles found in the late antique pavement (see “Ostian Marble Roof tiles: a typology“).

Since late 2016, he initiated his ph.d. thesis titled “The Forum of Ostia. Architectural changes in a diachronic perspective with regards to the furnishing”. 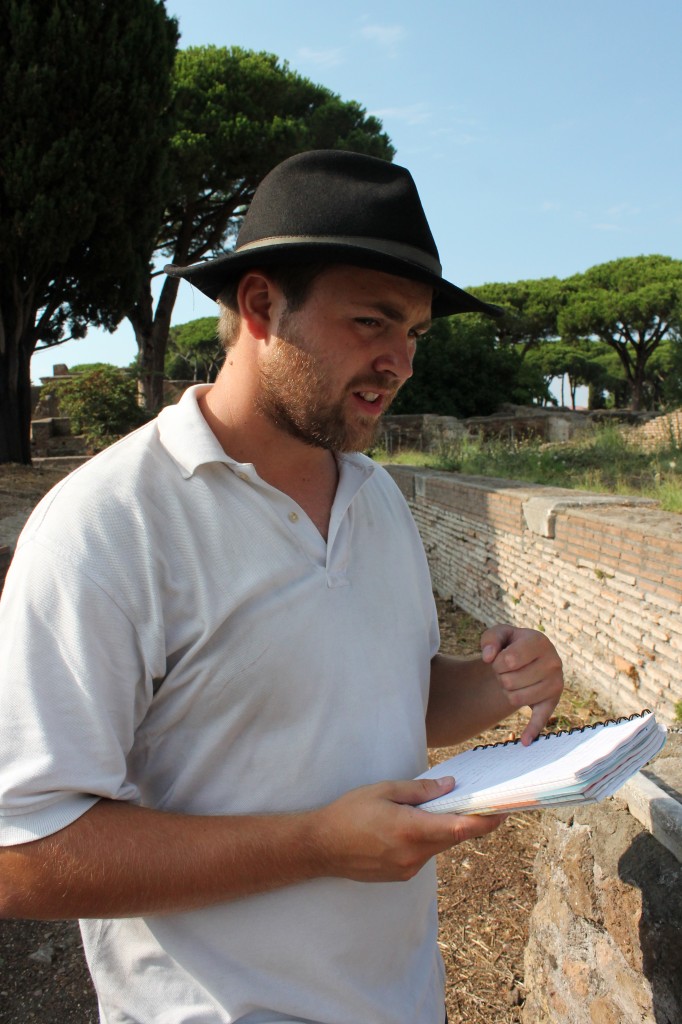