Structure-from-Motion (SfM) and LiDAR have led to a revolution within recording archaeological sites as well as objects. SfM is essentially digital photogrammetry, which we have applied to the Forum of Ostia since 2010.

An important aspect of both the excavation- and post-excavation work is the 3D modelling of not only objects, but also large excavated areas. On site, it is therefore important to take the adequate number of photographs. If an object has finely carved ornamental decoration, detailed photos of these carvings are very important. Especially since these carvings often are the defining hints towards a date. Some examples are presented beneath. Here the detailed ornamental decoration can be seen. 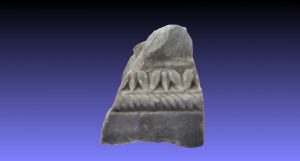 Objects consist of everything from large architectural elements in marble to the smallest terra sigillata objects. Since we often conduct our work outside, the lighting is very important – shadows from the sun are a disturbing factor regarding the quality of the 3D model. Using a DSLR camera, such as a Canon with a standard lens, it usually takes no more than 5 to 10 minutes to record an object. How it is done can be seen on the three pictures below. The two first photos show the documentation of architectural elements in marble with detailed carvings. The third photo shows the documentation of an oil lamp. 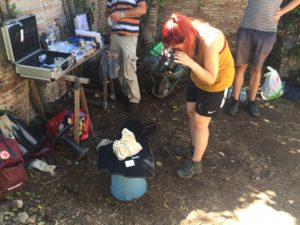 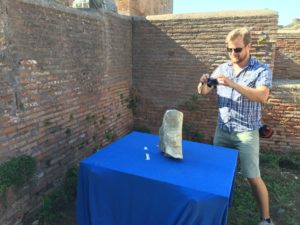 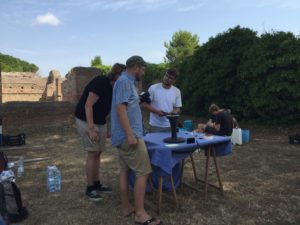 It is essential that the camera settings are the same throughout the process, which makes it easier for the SfM technique to identify the corresponding points in the attempt to generate a dense point cloud.

Besides the Canon, a Sony Mark I and Mark III were also utilised in the documentation of rooms and their surfaces. An example can be seen underneath, where the room TFR_2 has been photographed with the Sony Mark I and III documenting the status quo of the excavation as well as the walls.

The documentation of the walls were done from on the top of walls. 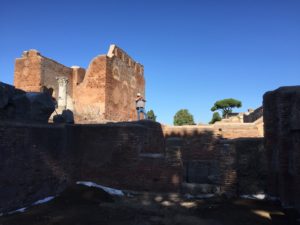 For the aerial views and documentation of walls as well, our colleagues from Budapest used a Phantom III drone with great success, as can be seen on the picure below. The first picture shows one of our Hungarian colleagues with the Phantom III. The second picture shows the Temple of Roma and Augustus located in the southern half of the Forum after it has been processed. 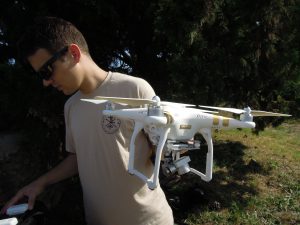 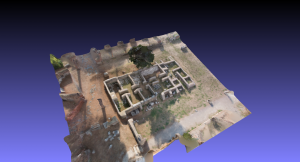 In the post-excavation work we use programs such as PhotoScan and MetaShape. MeshLab has also been used. When analysing the individual architectural fragments as well as the overall views of groundplans, Sketch-Up is a program, which we sometimes use to gather all the information and create a 3D model of for example the Temple of Roma and Augustus and its interior. We do this to visualise our theories and thus to analyse whether it makes sense with the amount of columns or aediculae on the inside. Some examples of this can be seen below. 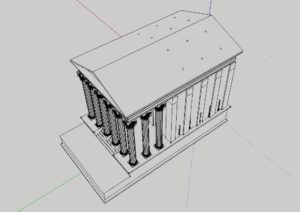 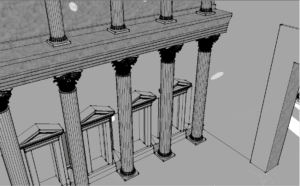 The different methods developed for the requirements of our project are promising in their flexibility and cost efficiency. The method furtermore allows one to re-work an object or a plan and to create a newer 3D model in the future. The method is also efficient in cultural heritage, since the photos are stored and saved for future research.

The work is still in progress. However, some results and more detailed descriptions can be found in the following article: